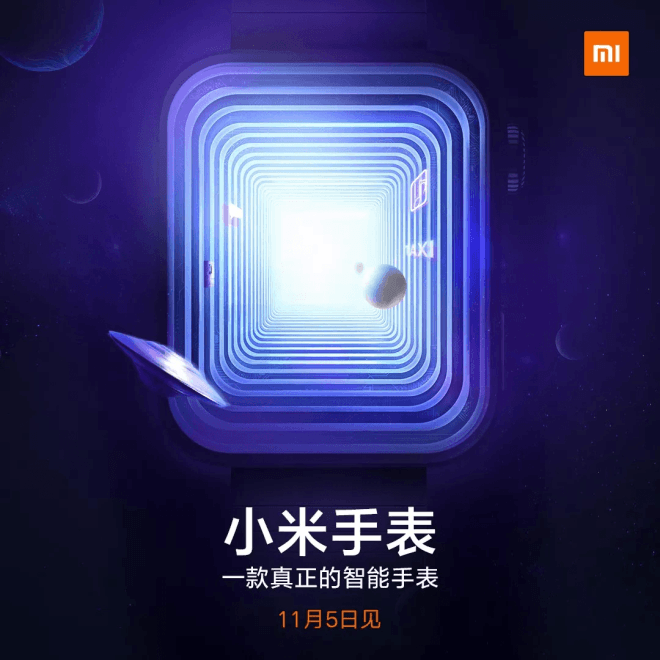 The teaser image, which the company shared on Chinese social media platform Weibo (via DroidShout), shows a chrome-tinted rectangular watch that you'd be hard-pressed to argue wasn't inspired by the Cupertino giant's own offering. Xiaomi's sub-brand Mijia has dropped a couple of teasers on Weibo and the new smartwatch is able to work independently without a smartphone.

We already know what the Xiaomi Watch looks like thanks to an official render released by the company's CEO, Lei Jun and also a live photo that leaked afterward.

Per IDC, Xiaomi now occupies the second position in the global wearable market with a 12.6% share, with most of its growth fueled by fitness trackers such as its Mi Band 3. On the side is a crown and possibly the sleep/wake button - much like the Apple Watch.

The upcoming smartwatch will come with Global Positioning System support, NFC support, Wi-Fi, a large battery and a loudspeaker.

This is not the first Xiaomi-made smartwatch, though. No further details are known at this point of time, but should Xiaomi be working on such a smartwatch, it could mean good news for Wear OS.

On the other hand, we do have confirmation that the watch will be powered by the latest Qualcomm Wear 3100 processor, so the Mi Watch should be snappy and fast, which is great.

Xiaomi's Amazfit Bip series has a similar design to this device too, but the company only recently just announced the Bip 2 in China so it's expected this will be a whole new series of devices.