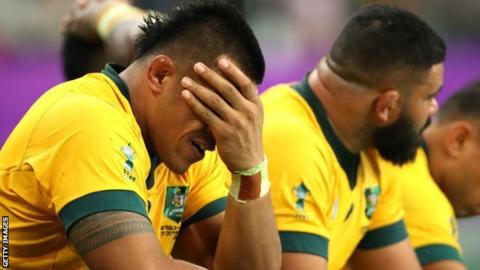 The Auckland club announced this morning they'd acquirred the services of the 23-year-old for next season as part of his new deal with English club, Harlequins.

"We pride ourselves at the club at treating people as individuals and helping them be the best version of themselves. Joe has had a long-standing ambition to play Super Rugby and with our strong connection with NZ rugby we are pleased we can help facilitate this ambition".

Meanwhile, Harlequins' head of rugby Paul Gustard is confident that the experience of playing for Blues in Super Rugby will greatly benefit Marchant.

Cruden, 30, played 50 tests for New Zealand and more than 80 matches for the Chiefs, winning two Super Rugby titles, before moving overseas in 2017. "I am sure that I will discover a great deal and I won't be able to wait around to convey my learnings back to the club".

The centre performed in three of England's warm-up matches forward of the World Cup, but was not component of the 31-man squad that arrived at the remaining in Japan.

The Blues have been hit by departures with SBW heading to the Toronto league club, Nonu joining the San Diego team, Clarke being part of the sevens programme and Nanai signing for Worcester Warriors.