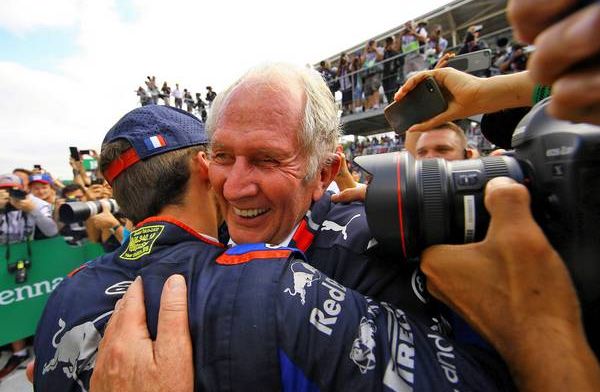 Six times world champion Lewis Hamilton laid hands on the Formula One winners' trophy on Friday as his late team boss Niki Lauda was voted personality of the year at the governing FIA's prizegiving gala. Among them were Toto Wolff, Lewis Hamilton and Valtteri Bottas - Wolff on behalf of the team, Hamilton and Bottas for finishing first and second, respectively, this season. We have circumstances during the races that impede us to achieve the podium.

"Everyone's trying to leave their team to come to where we are", said Hamilton.

"To come into a sixth year, to have fought for a world title at the front and sustained the performance we have collectively I think has been fantastic".

The Dutchman is well aware that in recent seasons his outfit has often been playing catch-up against rivals who start campaigns in much stronger shape.

"But like I said before, we're going to try everything next year, because it's going to be an important year, and then we'll see what happens".

Hamilton added: "When we started this season our vehicle was a real heap to drive - it wasn't that great at the beginning - in testing we couldn't quite get it and it wasn't until the last day when we got it to work, and then we went to the first race and had some great results".

Much of that, the former Red Bull driver admits, is conditional on how Vettel responds to a hard year that has seen his lead driver status at Ferrari go and even led to questions over whether he can still compete at the very front in F1.

Max Verstappen, who finished third in the championship, was awarded the "Action of the Year" prize in recognition of his battle with Charles Leclerc in the British Grand Prix.

"The Red Bulls with Max are going to be fantastic. I don't think it's a stressful thing at the moment".

Teammate, Alex Albon was voted Rookie of the Year by the FIA Drivers' Commission. I don't think so. "Getting the call from Toro Rosso was a dream come true".

"We just hope that we can be more competitive next year".

"The indelible mark they have left on all our lives must be fondly remembered".

"I've had a big opportunity this year to have Seb next to me who is a four time World Champion and I've learned a lot from him".